Together, we will continue to build a In 2018, we campaigned on the notion that residents deserve better quality services for the taxes they pay.  We believe we have exceeded expectations.

In 2018 when the Melham Team was elected, Belleville had just one field turf field, and it was well past its life expectancy.  In just 3.5yrs, we have QUINTUPLED the amount of Field Turf in Belleville.  Just look around.

For the first time in decades, Belleville has created new facilities.  Our dog park has been a huge success, as well as our new community garden.  While planter boxes and beautiful art murals now decorate our streets.

Since the Melham Team’s election in 2018, every single Council Meeting has been live streamed.  In addition, the Township re-launched a brand new website and created official social media channels.

Today, there are less employees in Town Hall than in 2018, while new employees start at drastically reduced salaries.  Last years Municipal Tax increase was only $38 (for the average assessed house).

Again, there’s no question the Melham Team has dramatically increased not only the number of events, but the quality of those events.  New events like our Food Truck Festival, Veterans’ Day Weekend 5k, Three Kings Day and Green Fairs just to name a few.

Sessa’s Corner: Putting the Mayor on the Hot Seat!

On Tuesday, March 26 2019, rather than giving my traditional ‘Mayor’s Report,’ I opted instead to give some prepared remarks. Since we had two financial agreements on the agenda regarding PILOTs, Payments in Lieu of Taxes, my remarks centered around a PILOT explanation, all the positive benefits for Belleville, the additional revenue and how little they actually impact that School District. I believe the applause at the end, is indicative of the silent majority in Belleville finally stepping forward to be heard. If you’re concerned or curious, I highly recommend taking the time to listen. 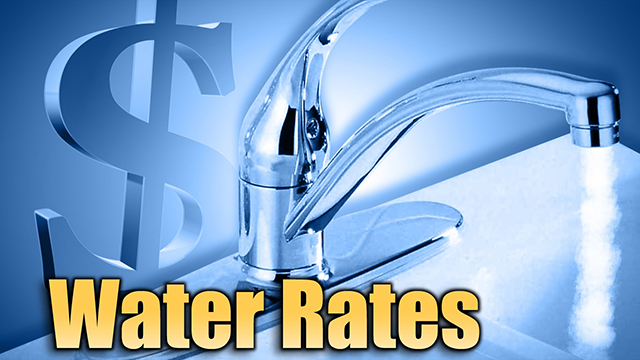 Since taking office in July, 2018, the Council and I have steadily been working to cure some of the long term problems that have plagued Belleville. I’m happy to report that collectively, we have made a lot of progress. Some of that progress has included hiring a full-time CFO, which we haven’t had for years, and for the first time in decades, a full-time, outside, professional Township Manager. Some may think these two positions would be staples in a Township the size of Belleville, but for many years, they were not. Because of our decisions the Township now has a professional team ‘watching the store.’

Which leads me to this quarter’s Water Bill. Recently the Township Council voted to increase water fees. Why? Because as you may or may not know, Belleville has a contract to purchase water from the City of Newark. That contract, which has been expired since 2015 gradually ticks up the rate the City of Newark charges Belleville. The problem was, Belleville, had not changed our water fees since 2012, which left our Water Utility running a deficit year after year. Clearly a private business buying a product for X and reselling would never be sustainable if and when the cost to purchase the product far surpasses the fee you resell it for. Well, this is exactly what has happened over the past six years.

Furthermore, while the Township has run a loss, for six years, meaning we pay the City of Newark more than what we collect in water bills, we have also been out of contract for many years. This means, that we currently owe and have already begun to pay back the City of Newark $1.6M in back water payments.

In 2.5 years, we have accomplished a lot. However, we are still tackling several issues from the past. Thankfully, I am confident in the team we have in place. I believe collectively my Council colleagues and I are righting the ship and providing a good, solid foundation for Belleville to move forward. 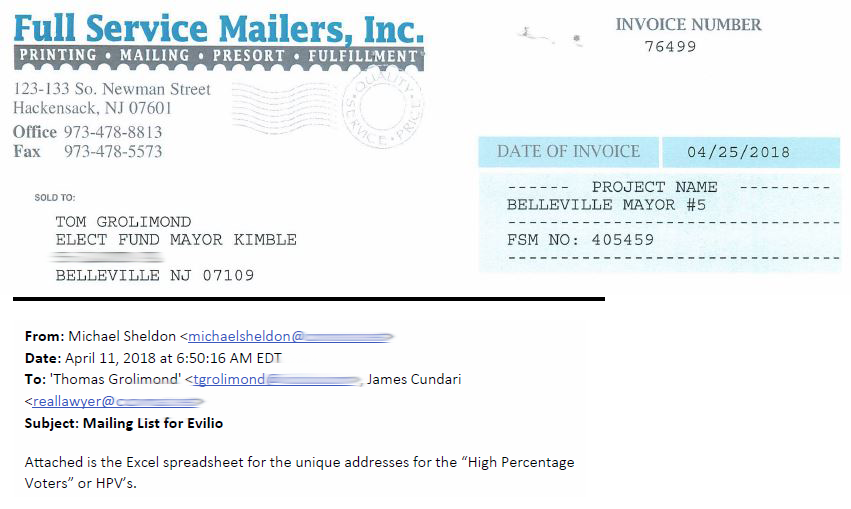 We have reached an out of court settlements with Mr. Raymond Kimble for an undisclosed financial amount.  The below information has been in the public domain since before we knew the identities of the involved individuals.  All below information remains as is, untouched since April, 2019.

Immediately following the election, as promised, I filed a complaint with New Jersey’s Election Law Enforcement Commission (ELEC) regarding the various illegal mailers that were sent during the campaign.  Those mailers not only attacked my team, but other candidates as well.  At that time, it was unknown who the perpetrators were.

Soon thereafter, we had an attorney file a complaint in Essex County Superior Court against ‘John Doe,’ ‘Jane Doe’ and various fictitious corporations.  Doing this gave us subpoena power to compel the mail house, which produced and mailed the illegal mailers, to turn over the identities of the responsibile individuals.

After our subpoena was filed, we were granted subpoena power.  A subpoena was eventually served on the mail house compelling them to turn over documents pertaining to the illegal mailers.

The mail house complied with the subpoena and turned over all documents relating to the illegal mailers.  It was at this point, we finally learned that the mailers were prepared, organized and supplied to the mail house by a Township employee who is also an elected member of the Belleville Board of Education.  We also learned that the illegal mailers were paid for by Mayor Kimble’s campaign account.

At that time, I then sent a second letter to ELEC and provided the evidence we received from the mail house.  While I asked them to pursue the perpetrators, I clearly appealed to them, for various reasons, not to pursue the Mayor nor his Treasurer.

We eventually filed a second subpoena with the mail house.  This time we asked them for any digital data.  By this time, we knew who the main facilitator was and who paid for the illegal mailers, but we didn’t know who designed them.  While we still haven’t turned up the designer, we did find out who supplied the mailing list that was used for the mailers.  The name that appeared was, at the time, a municipal vendor who is also a current elected official with the Belleville Board of Education.

Armed with concrete, irrefutable evidence, our attorney filed complaints against all parties involved.  I promised we would hold those responsible accountable and that is what we are doing!  My hope is that this finally ends the nasty electioneering that happens in the weeks leading up to a local election.  If you have something to say, follow the law and disclose your name and who paid for your mailing.

Because I believe in a #BetterBelleville 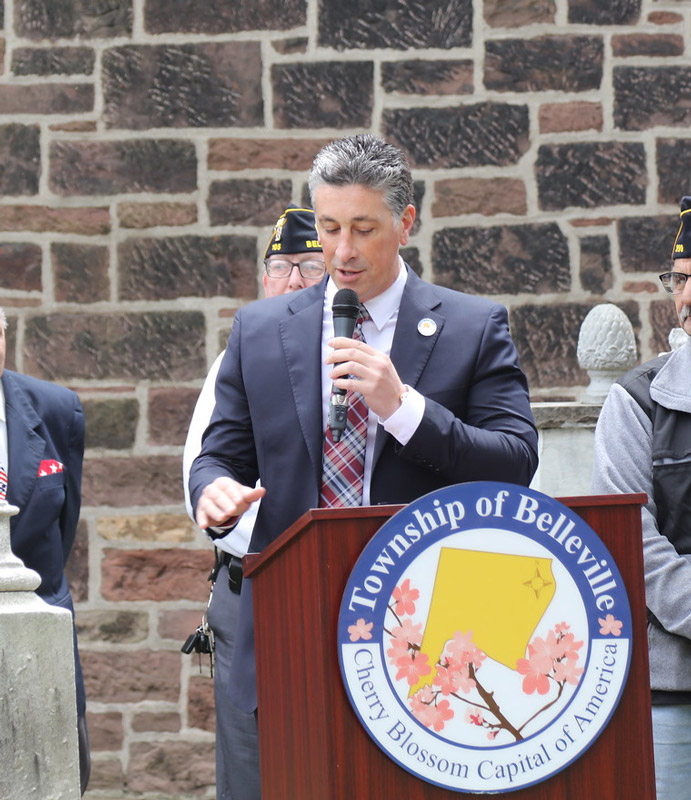 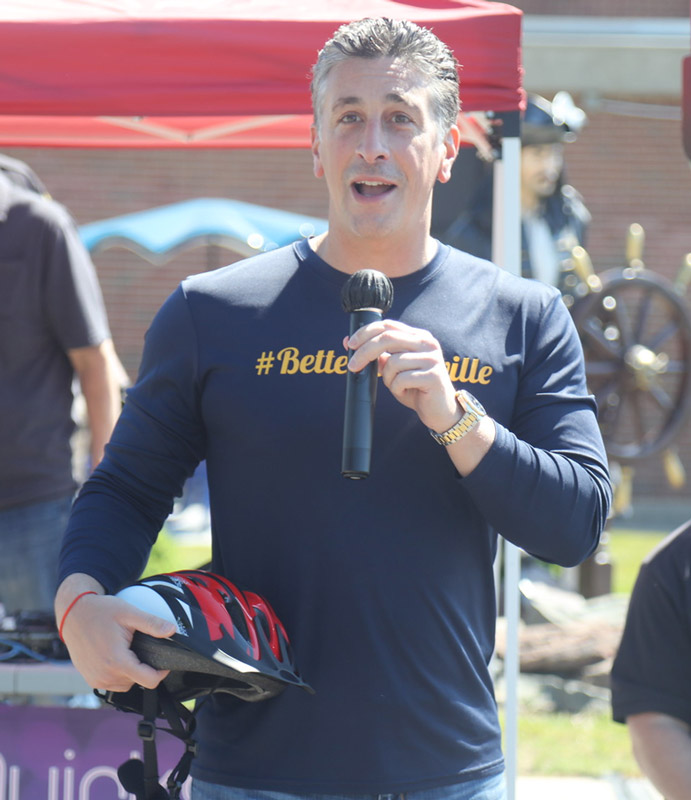 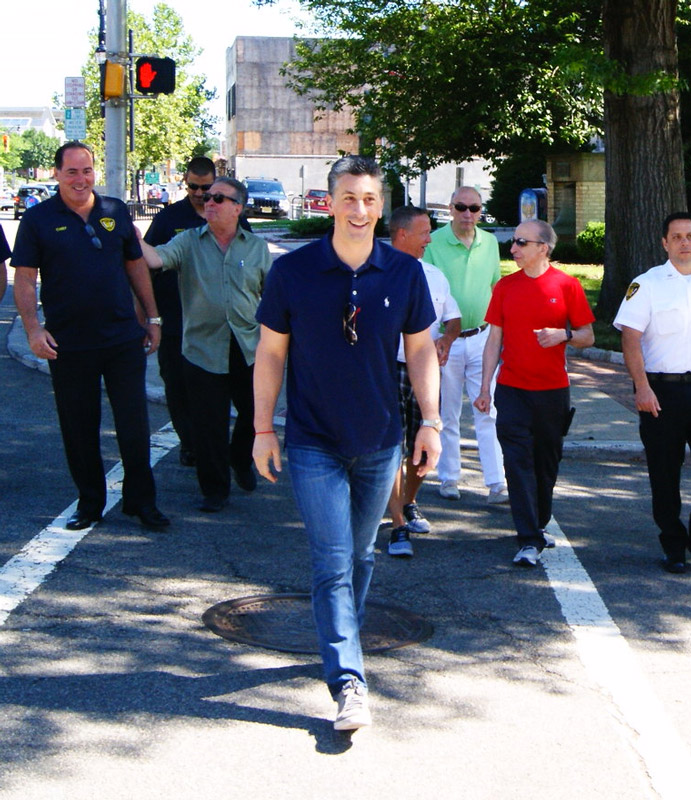 Copyright 2022 Melham Team. Paid for by Melham for Belleville 2022.